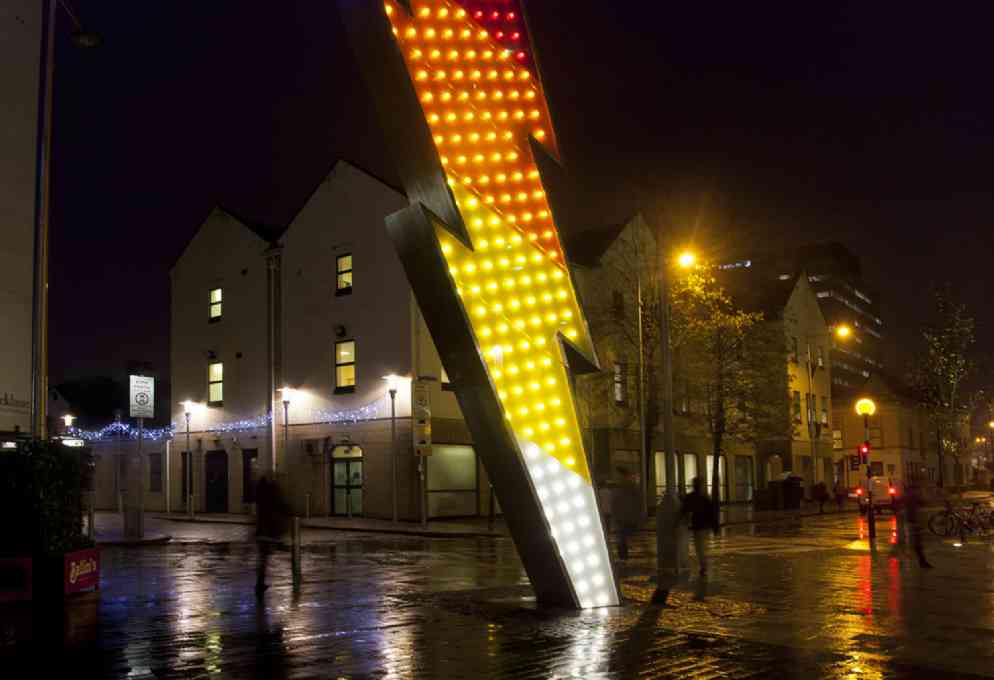 A landmark artwork, the ‘Bolt’ sculpture responds to  the 24/7 of the activities in this area of the city, be this people working shifts or attending the burgeoning night-time bars and clubs nearby. One of the main areas of interest for the artist was the staff working at the nearby Admiral office and their incredible contribution to the city’s economy. As such, a Mark Twain quote ‘Thunder is good, thunder is impressive; but it is lightning that does the work’ became a source of inspiration for the sculpture which would form part of the staffs’ daily routine and provide a lightsource and inspiration to the people who quietly keep the city running. Alight has already become a meeting point, a reference point and a point of conversation in the city. An unapologetic visual and sculptural statement that, literally, throws the power of contemporary art out into the heart of our streets.