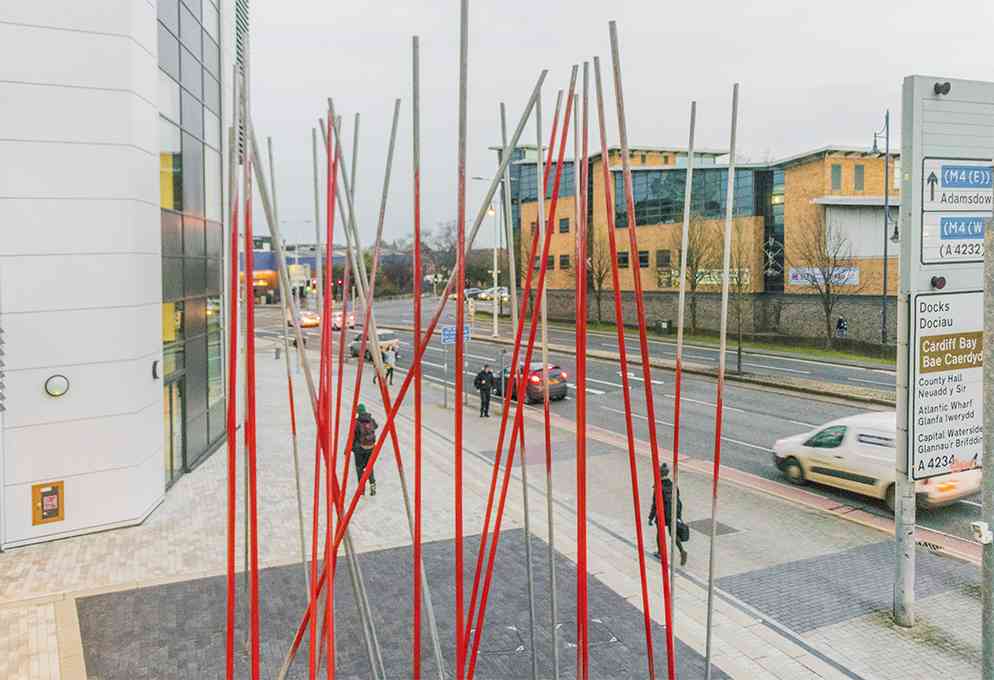 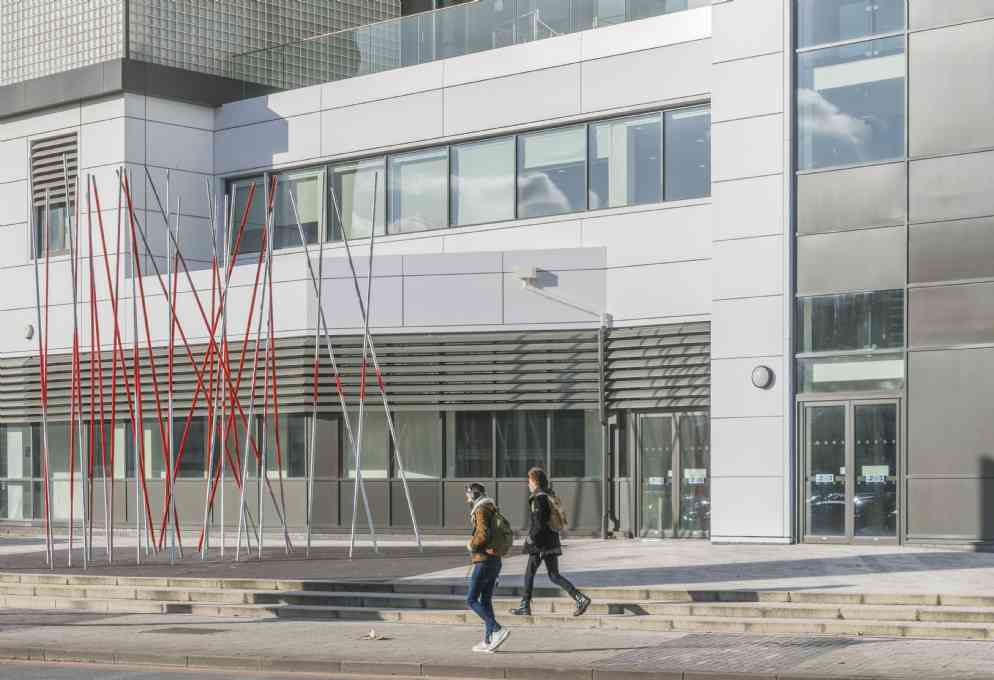 a two bar relationship is a permanent sculpture and sound installation by internationally exhibited Welsh artist Sean Edwards, commissioned by Studio Response on behalf of the University of South Wales to mark the completion of their Cardiff Campus (ATRiuM), the new home of the university’s School of Creative Industries.

Installed in front of ATRiuM, a two bar relationship is an ambitious artwork inspired by the building and its history, its current use as a place of creative learning, and its engagement with sound and music. An arrangement of galvanised steel poles, the type you would usually see used as scaffolding throughout the growing city, rise up through the pavement. Sitting between monumentality and invisibility, a two bar relationship creates a representation of an aural image of space, translating a sound wave captured within the historic and cavernous basement beneath the campus into a physical presence.

a two bar relationship exists both outside and inside the ATRiuM building. Inside the ATRiuM a sound installation translates the live sounds of the lobby into the underground space of the basement, feeding recorded sounds through a computer and back out through speakers in the space, as if they are somehow coming from beneath. a two bar relationship is the largest permanent public artwork that Sean Edwards has made to date.